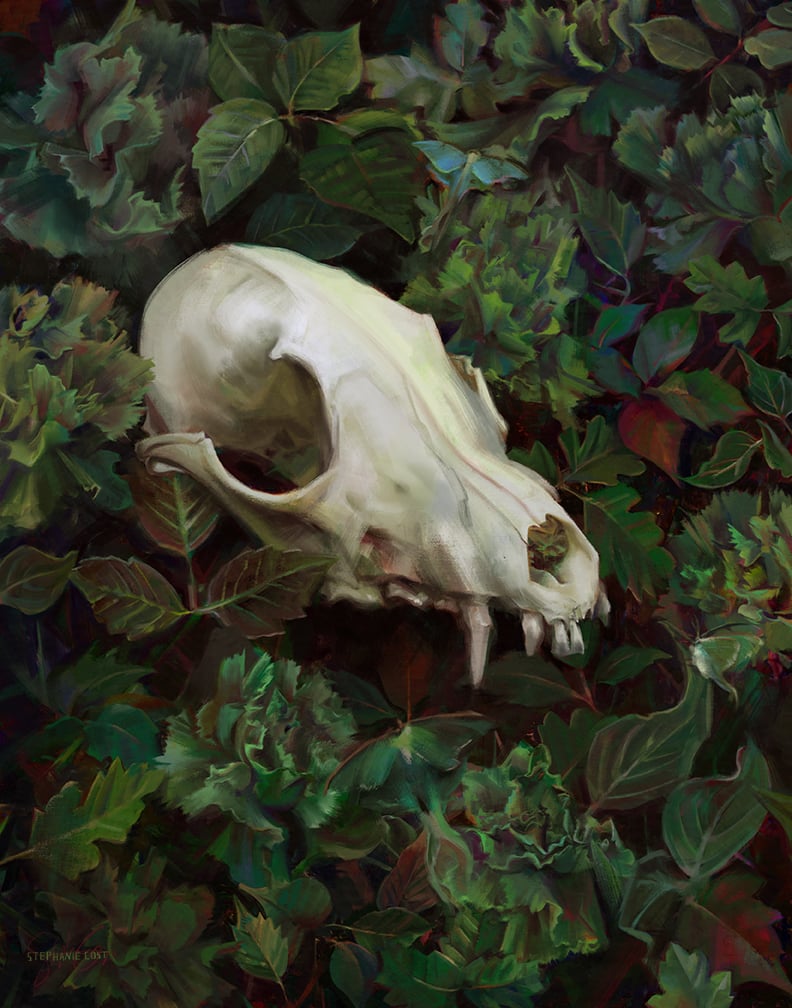 A vibrantly colored 'Emerald Green' print featuring a fox skull, for my 'Chroma' series on the history of paint pigments. Sized at 11x17", this print is full-bleed and is printed in layers on photo paper, making the colors vibrant and true to the original source file. Each print comes signed by the artist.

"Emerald Green" or Schweinfurt Green was developed to improve Scheele's Green, but both contained highly toxic arsenic levels. Popular in the 1800s, Emerald was a vivid blue-green that Oscar Wilde's infamous green carnation was likely dyed with.

Wilde believed that nature should imitate art, not the other way around, and like the pigment itself he had a huge impact on the culture and aesthetic movement of the time. He was so well known for wearing this unnaturally dyed color that when an author friend anonymously parodied him in 1894's "The Green Carnation", Wilde was arrested for "gross indecency" and sentenced to two years of hard labor, despite protesting he did not author the scandalous book. The green carnation was believed to be a symbol of gay culture and persists today both as a symbol of Wilde himself and a warning about the lethality of past laws- or lack of laws. Emerald Green killed countless people between its uses in paint, wallpaper, fabric dye, cosmetics, and rat poison. Its use was finally curtailed in the early 1900s.